The Key to Getting Someone to Make a Decision

Think about how often 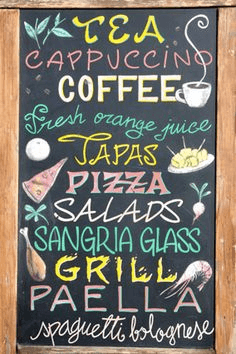 you have an important request of someone – that they buy your product, change their position on an issue, support an initiative, etc. And you make a thorough, reasoned, logical argument, well supported by compelling facts and data – and this person nods and smiles the whole time…but doesn’t do what you want them to.

If so, you should meet Elliot, but not for the reasons you think.

Elliot is one of the most studied men in the history of brain science.

During surgery to have a benign brain tumor removed, the doctors also took a small bit of Elliot’s adjacent brain tissue. It turned out that little bit of tissue played a critical role – and without it, Elliot was unable to make any decisions. Take a walk or watch TV? Order the chicken or the fish? He couldn’t decide.

Now, our instinct is to assume that missing bit of brain must have had something to do with how he processes logic – how he does analysis to weigh one option against another and make a decision.

But that’s not the case. It turns out it was the complete opposite – that missing part of Elliot’s brain was the part necessary for him to feel emotion.

So here is a guy who is unencumbered by any emotional baggage, and as such, should be able to make a completely logical, rational analysis of any choice.

And yet he is unable to even make the simplest of decisions – should he have water or a soda? Should he go to dinner with his wife or read a magazine? He was paralyzed by even the most obvious decisions.

What have scientists learned from this? That emotion is critical to decision-making. That we actually make decisions emotionally, and then justify them rationally.

Lisa Cron, in her book “Wired For Story” describes Elliot this way – “He was utterly detached, and approached life as if everything in it was neutral….Without emotions, Elliot had no way to gauge what was important and what wasn’t, what mattered and what didn’t.”

So – the reason you should meet Elliot is that he will drive home a huge lesson for any of us: If you want someone to make a decision, have the facts and logic, but know that unless you tap into that person’s emotions, they are unlikely to change.