How Easily is Your Audience Distracted?

We often hear that we live in an ‘age of distraction.’ And if you’re like me, it’s easy to think that it’s the OTHER person who has the problem…they’re the ones (often the younger ones) who can’t focus…right?

But how easily are you distracted? And how easily do you think your AUDIENCE is distracted?
While it’s easy to assume this phenomenon primarily impacts younger persons, recent studies are showing that as humans age, all our brains become more and more susceptible to distraction.

A recent issue of Scientific American featured an article on “The Distractible Aging Mind“. The author noted that,

“As we age, we seem to get worse at ignoring irrelevant stimuli. It’s what makes restaurant conversations challenging – having to converse while shutting out the surrounding chatter.” 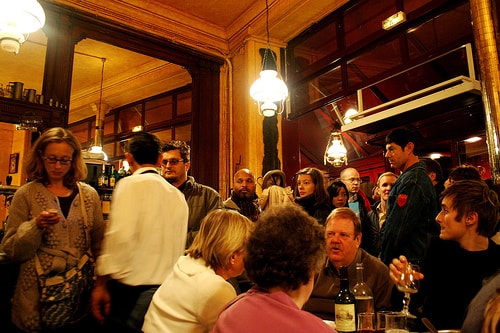 The article examines a study conducted at Brown University which shows how important it is to remove unnecessary distractions.

In the study, one group of older adults and a second group of 20-somethings were each assigned a simple task: participants were shown a series of letters and numbers, and then had to report back which numbers they remembered.

But here’s the catch – a distraction was added as participants attempted to comprehend and remember: a series of (quite irrelevant) moving dots were shown simultaneously with the letters and numbers that participants needed to focus on.

The older adults had a much more difficult time ignoring the dots than participants in their 20s. The author concludes, “Older participants ended up accidentally learning the dots patterns….whereas the young adults seemed able to suppress the information and focus on the numbers…”

There is an important lesson for all of us in our role as communicators: if we want our message to be heard and acted upon, we must do everything in our power to remove anything that distracts from what is truly important.

When building any message, we all face the great temptation to put a little extra piece of content in – maybe we’re deeply passionate about it, or maybe we want to show that we know what we’re talking about, or maybe we just put it in because we’re not sure what our audience will care about.

It doesn’t matter – the bottom line is that we can’t allow just anything into our messages. The only content that belongs there is the content that directly leads to or corroborates our points…everything else is a distraction.

And distractions are toxic. As the study shows, as we all age (including our audience!), we are more and more susceptible to getting caught up on irrelevant little details, and missing the real meaning of the message.