Switzerland…. Not so neutral on PowerPoint

Leave it to the Swiss…. There is an organization there advocating for a referendum prohibiting the use of PowerPoint during presentations. And they claim to be the 8th largest political party in Switzerland.

This puts them right behind the Evangelical Peoples Party (and given the anti-PowerPoint rhetoric on their site, I would argue they could aptly be described as evangelizing as well).

But they have a point, and they are not alone – companies in the US, most notably Amazon, have gone the route of banning PowerPoint for internal meetings.

It is the right sentiment, but has a snag. They want people to be able to communicate powerfully– but take away what most people feel is their best crutch for communicating.

So if I take your PowerPoint, what do I give you instead?

Answer: a bigger picture (which, interestingly enough, may include PowerPoint)

And here is where we can build on the ideas of the Anti-PowerPoint Party and people like Jeff Bezos at Amazon.

The Anti-PowerPoint Party advocates using a flipchart instead of PowerPoint. There is a lot of very good research that bears this out as a good idea, that proves using a flipchart drives higher levels of retention of content, less disengagement, and confers more credibility on the speaker. So that is good.

Jeff Bezos has taken a different track, and gotten very specific with the alternative to PowerPoint at Amazon. If you are presenting in a meeting, you have to prepare up to a 6-page document that has all the key information and argument.

You hand that out, and the first 20 minutes of the meeting are set aside for everyone to read it. This forces the presenter to organize their argument and flow, and it ensure that everyone is up to speed on the material before discussion starts. Also good.

These guys are on the right track, but there is a problem. Just replacing PowerPoint slides with a flipchart or a text document falls incredibly short, and in fact only would work in a small set of circumstances.

It’s like taking away your horse and giving you your first set of rollerblades – suddenly you feel like you have to do a lot more work, using something you have little experience with, and that will only work in a specific environment

But let’s take what they are suggesting, and build on it.

Having to sit down before a meeting and figure out what the right content is – that’s great – but hasn’t solved the real problem of PowerPoint, which is knowing what content to share. So what do you do?

Before creating any meeting materials, answer this question: “what do I want this audience to do – what action do I want them to take – after they come out of this presentation?”

And then answer a second question – what would drive them to take that action? What information, facts, stories, charts, visuals, testimonials, etc. will help them see that action as the right call?

Finally – take the answer to the second question and (combining the best of the Swiss and Bezos and other smart thinkers) share some of that material on a flipchart, share some in a text-based document, and, yes, use PowerPoint to show some visuals (Never bulleted text!).

And the key is variety. Human beings naturally take in information in multiple ways – we must tap into that.

Great communication, that drives people to change their minds and behaviors, engages us the way the rest of the world does, through multiple senses.

PowerPoint (or some tool that displays visuals) should be part of that engagement, as should flipcharts, documents, and your commentary throughout. The danger lies in just using one of these tools and expecting anyone to see the bigger picture.

Learn more about how to determine the right content — and right format — for your presentations in our Executive Communication Skills workshops. Contact us to find about hosting one in your organization. 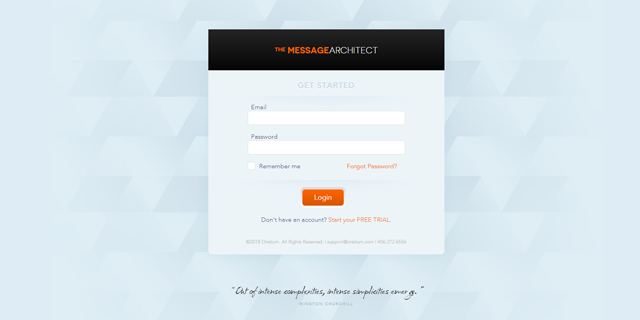